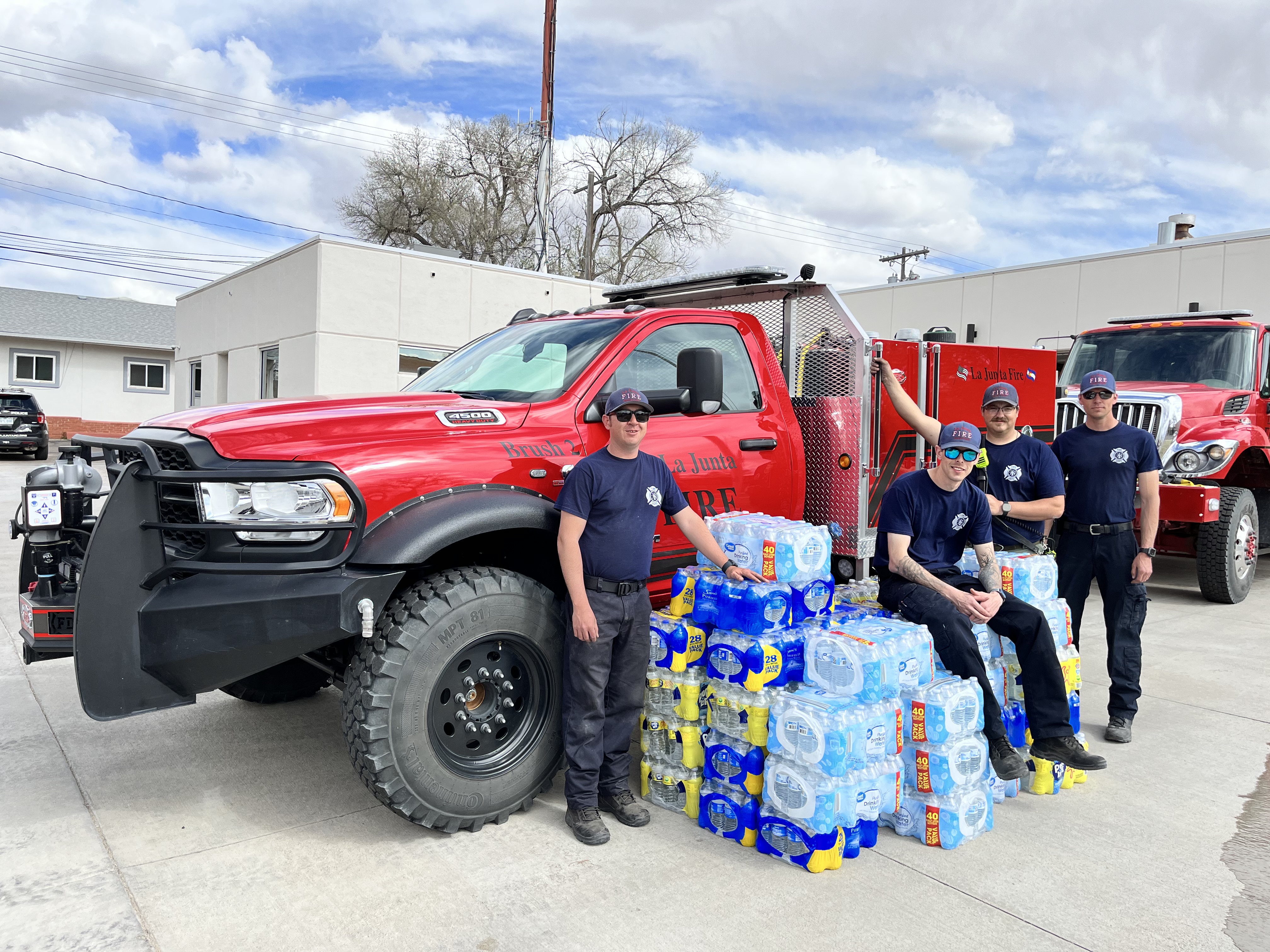 Description: These Local Firefighters Received an Unexpected Donation of Drinking Water from a Team of Problem Solvers With Day Jobs that Keep the Fleet Vehicles Moving.

Joe Flynn, a rail tech with Holman (formerly ARI Fleet Services) has years of experience helping professionals get out of a tight spots and difficult situations, especially with their equipment and vehicles.

Joe is a "problem solver" and orchestrates fleet transportation solutions during the overnight shift from his East Coast office.

Mark Sarlo, manager of La Junta's Wallace Oil Co's automotive repair, often works with Joe to get fleet equipment/vehicles back on the road.

One might say for their respective workplaces these two are often tasked with putting out the fires.

During a recent, late night conversation to put the right labor and parts in place to get a fleet vehicle back on the road, the conversation turned to the many brush fires in the Arkansas Valley, the 70 MPH wind gusts earlier in the day, the "Red Flag" conditions and the loss of a wooden railroad bridge, which shut down rail road traffic.

Mark explained that late in the evening, Wallace Oil Company had donated the bottled drinking water they had on hand to one of the tired firefighting teams.

The firefighters had been out trying to tame/control one of the brush fires being fueled by the dry conditions and being fanned by the high winds. 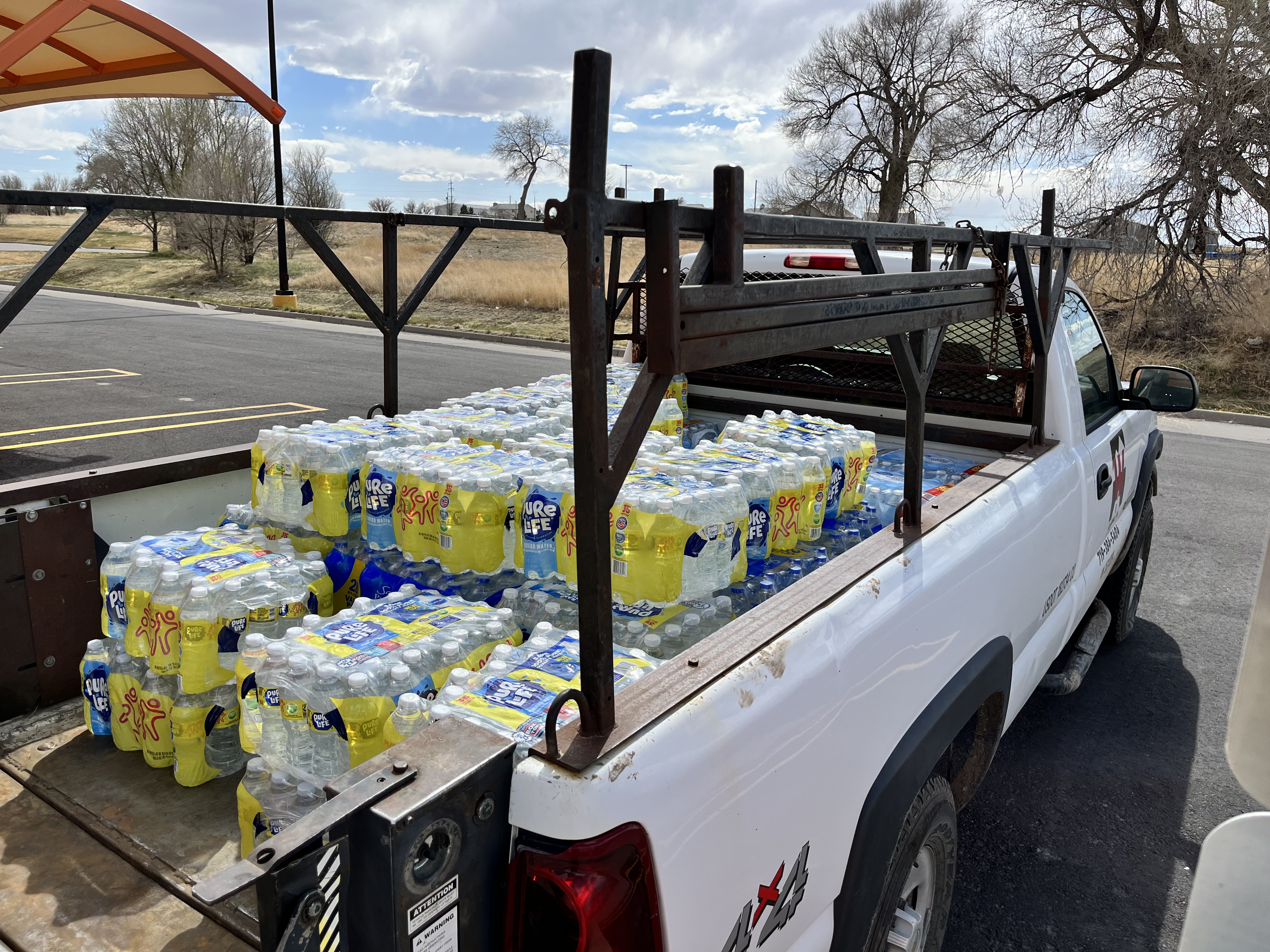 Holman's problem solver, Joe took it upon himself to arrange for over a ton of bottled water to be available.

Mark, Wallace Oil's manager, picked up the 2,400-pound water shipment and delivered it to one of the firefighting crews for use/distribution at any of the many local fires.

The People of Southeast Colorado offer much appreciation and thanks to Joe with Holman for his generosity.

We would also like to thank Mark Sarlo at Wallace Oil Company, and we remind you that we live here for the people, especially those making life better for others in the valley.