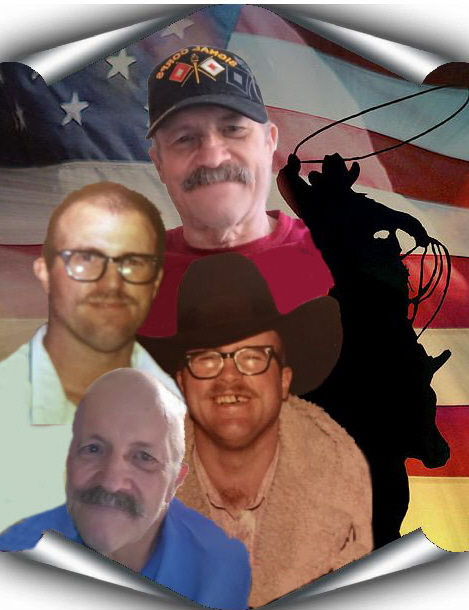 Jan 12, 2020 Nov 15, 2020
Owen Lee Riley passed from this life on November 15, 2020 at his home in Sugar City, Colorado. He was born on January 24, 1950 in Denver, Colorado to Opie and Josie Riley. Lee had a twin brother, Olen Lynn Riley. Owen and Olen were often confused at school so they began calling the boys Lee and Lynn to keep things straight. Most people knew the boys only as Lynn or Lee. Lee grew up in Limon, Colorado graduating from Limon High School in 1969. He was a good wrestler and took second at the Colorado State Wrestling Tournament in 1968 at the 165 pound bracket. Lee also played football for Limon High School. After graduation Lee attended one year at Northwestern Junior College in Rangely, Colorado. He then enlisted in the US Army where he served for eight years. After discharge he married and lived in Kansas City, Kansas where he worked for the city. In the mid 1980’s he returned to Limon and worked for different farmers and ranchers. In 1990 Lee went to work for Gail Allen north of Genoa. He spent many long days driving the tractor and truck. Lee loved rodeo and bull riding. He could often be found at the Lincoln County Fairgrounds in Hugo, Colorado whenever there were youth events going on. He ran the arena gate there for many years letting the youth participants in and out of the arena. In 2004 Lee moved to Ordway. He worked at a feed yard until his retirement. During the last several years Lee lived with his adopted daughter, Shannon Mason, who cared for him until his passing. Lee was proceeded in death by his parents and older brother, Earl Leroy Riley. He is survived by his twin brother, Olen Lynn Riley, of La Junta, Colorado and younger brother, Joseph Henry Riley (Glenda), of San Antonio, Texas, a daughter, Amber, who lives in Kansas City, Kansas and nephews and nieces.
To send flowers or plant a tree in memory of Owen L. Riley, visit the Tribute Store.
m.johnsonromero.com