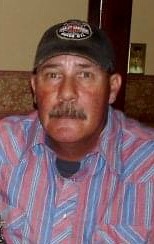 Description: Larry Lee Monaco Obituary... Our Heartfelt Condolences To His Loved Ones...

Larry Lee Monaco passed on Tuesday, May 31, 2022 at the age of 60 at his home in Wheatland, Wyoming where he had lived for the last 19 years. He was born in La Junta, Colorado on Sunday, October 22, 1961. He was a very hard worker and loved making things with his hands.  He took great pride in his own creations and was an avid story teller. You knew where you stood with him, as he was very vocal about his opinions. He especially loved classic 60’s and 70’s rock music, and adored his mom, Janice.

He had a great appreciation for unique rocks and wood, outdoor features, antiques, and old things. He despised digital technology and never owned a computer. During his years in Wheatland, some of his jobs included working at the local coal power plant, repairing rail cars, building animal cages, chauffeuring railroad employees to their job sites, and helping some friends with cattle branding each year.

Early in his life, Larry and his older brother, Steve, and their neighborhood friends (aka The Dalton Gang) grew up in an idyllic place and time on the outskirts of their childhood home town La Junta, where they could roam relatively free, adventuring out daily on their mini bikes.

Larry nicknamed his bike the “Harley Toad” as it was a little roundish yellow Honda QA-50, but sounded nothing like a Harley. Each day they would take to their home made bike trails to imitate their hero, Evel Knievel, which they were able to see in person with their dad, Ren, who took his boys to the Castle Rock Speedway that featured a Knievel jump (and yes, Evel made the jump without crashing if you were wondering).They also spent countless hours with their friends roaming the water swollen ditch banks near their house, tormenting catbirds and sparrows with their Daisy BB guns, catching water snakes, minnows, and tadpoles, which often ended up in their home made “rivers and lakes" in the shade of their favorite elm tree which shaded their giant sand pile.

As boys, the two brothers also enjoyed emulating their childhood TV heroes Daniel Boone and Mingo, leading their friends on adventures down to the Arkansas River bottom to chop down trees, build log forts, have large, dried sun flower plant spear fights, and smoke occasional peace driftwood stogies (you only inhaled those things once). Larry’s youth adventures also once included jumping a Santa Fe freight train car with his friend, Brian Johnson, to take what they thought would be a short joy ride, the train got going quicker than they thought, they then froze up in a panic hesitating to jump off. Finally, they mustered up enough courage to bail off, both rolling up wide-eyed in a ball in the dust and weeds of the Colorado prairie a few miles southwest of La Junta along Highway 350.

Besides being adventurous, Larry was also a gifted athlete winning first place for his age group in the punt, pass, and kick football contest and he also qualified for the Junior Olympics in the breast stroke while swimming competitively for the La Junta Tiger Sharks as an eight-year-old.

Larry lived a rugged adult life, venturing out as a 17-year-old to work with his childhood friends from La Junta, Lee and Randy Stiffler, as roughnecks in the Oklahoma oil fields from the late 1970’s to the mid 1980’s.

While in Oklahoma he was married and started a family having a daughter, Larisa, with his then wife, Gay. He loved the hard work of the oil fields, being most comfortable swaying in the wind working as a derrick hand about 90 foot above the rig’s floor deck. Though he suffered several painful injuries in the oil patch such as being hit in the face accidentally with a slippery 16-pound sledge hammer while he was holding an over-sized wrench for another rough neck during a rig tear down and move.

He also occasionally reminisced about having to abandon the derrick platform by jumping down pirate style, riding a safety line down to the ground after spotting a tornado coming toward an oil rig he was working on. Even so, he was thoroughly disappointed when the oil field bottom fell out in the mid 1980’s whereby he and his family then decided to return back to his home state Colorado settling in Pueblo where they had their son, Lonnie and lived for several years.

Contributions can be made to local hospice care agencies since Larry’s mom and many relatives have benefited over the years from these compassionate services and staff.

The Gorman Funeral Homes – Platte Chapel of Wheatland are in charge of the arrangements.

Condolences may be sent to the family at www.gormanfh.com