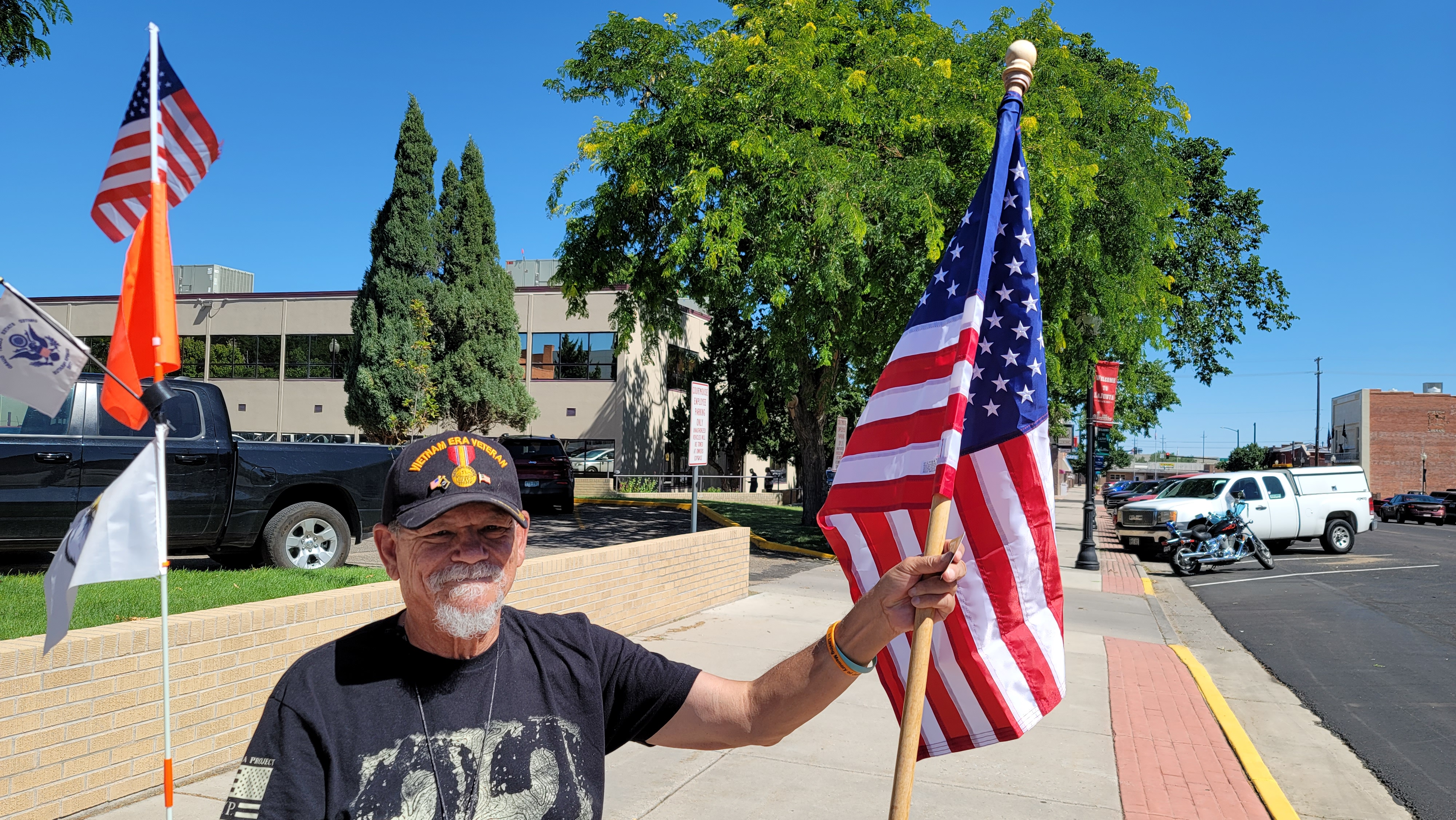 You may have seen a friendly face smiling, waving, and saluting in downtown La Junta. We hope you've honked or waved or even saluted La Junta's "True Patriot," Tom Pulido.

"I would like to nominate Tom Pulido for the Community Service Award."

"Tom Pulido is what we call a TRUE PATRIOT, as a member of the community of La Junta Tom has walked many miles in the community each and every day."

"Tom would walk to our Intermediate School each morning and greet the children, by giving them “high fives” and telling the kids to have a great day! After the school bell would ring Tom would walk downtown, a few city blocks, waving to everyone while wearing his very proud Coast Guard Ball cap. Tom would have a smile on his face and yes always carrying the National Colors on his shoulder!"

"Tom is a very prideful Vietnam Veteran of the Coast Guard, and even more proud to be a citizen of the United States, who loves his country and community."

"Thank you for your consideration of this nominee."

A longtime La Junta resident, Pulido served in the US coast guard, is a current American Legion member with post 9 in La Junta, and he is also a member of the disabled veterans of America.

He spends the cool hours of the day out showing his support for the armed forces and local veterans, but when it gets hot he "withdraws like a turtle in its shell," Pulido said.

Pulido described his service on many search and rescue missions while stationed at Cape Disappointment, Washington - aka the graveyard of the pacific, where many ships and lives were lost.

After retirement from the US Coast Guard, Pulido said he was sick and realized he was a couch potato. After researching diabetes and how in can affect his health, he decided to get more exercise, so he picked up Old Glory and parades it downtown on a daily basis. You can usually see him at the corner of Colorado and 3rd Street or at the La Junta City Park.

Pulido said, he does it not only for his health, but also to show his support for those currently serving in the armed forces, veterans of all service branches, as well as for the American citizens to remind them of the sacrifices made to protect their freedom.

Make sure you wave or salute the next time you see Tom. You can usually spot him at the corner of 3rd and Colorado or La Junta City Park, just look for the American Flag hoisted up by La Junta's true patriot, Tom Pulido. 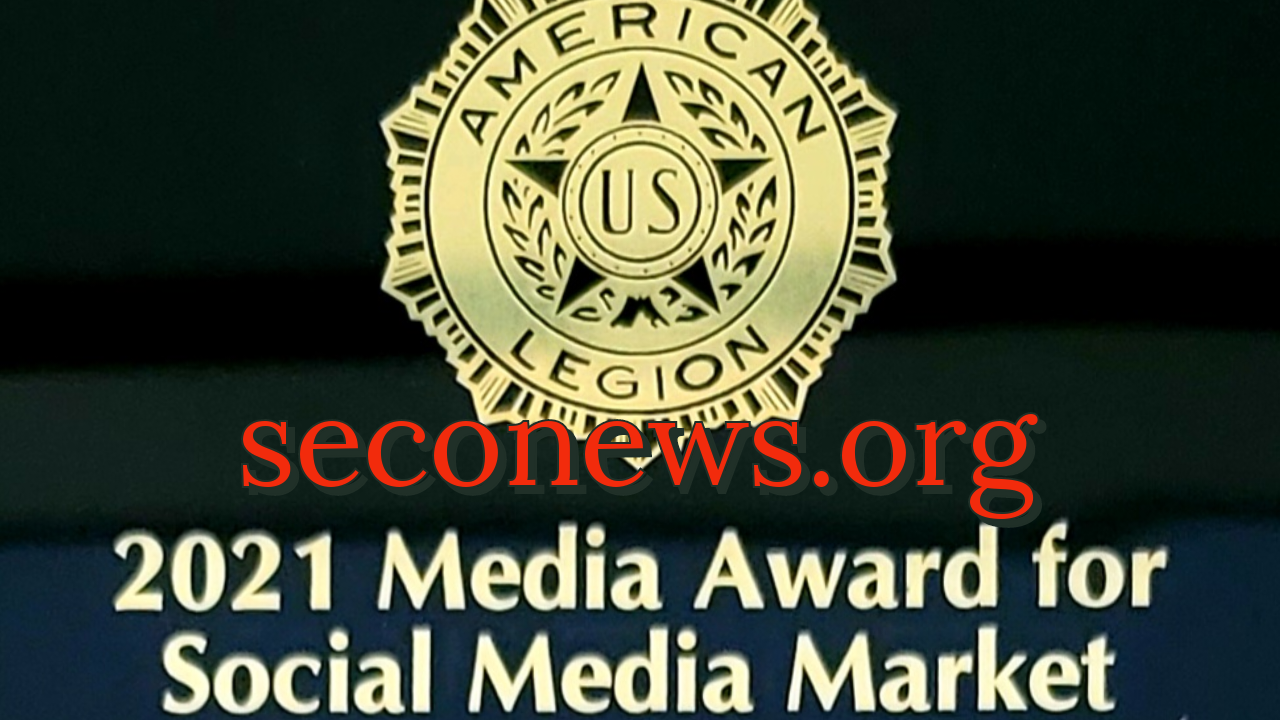