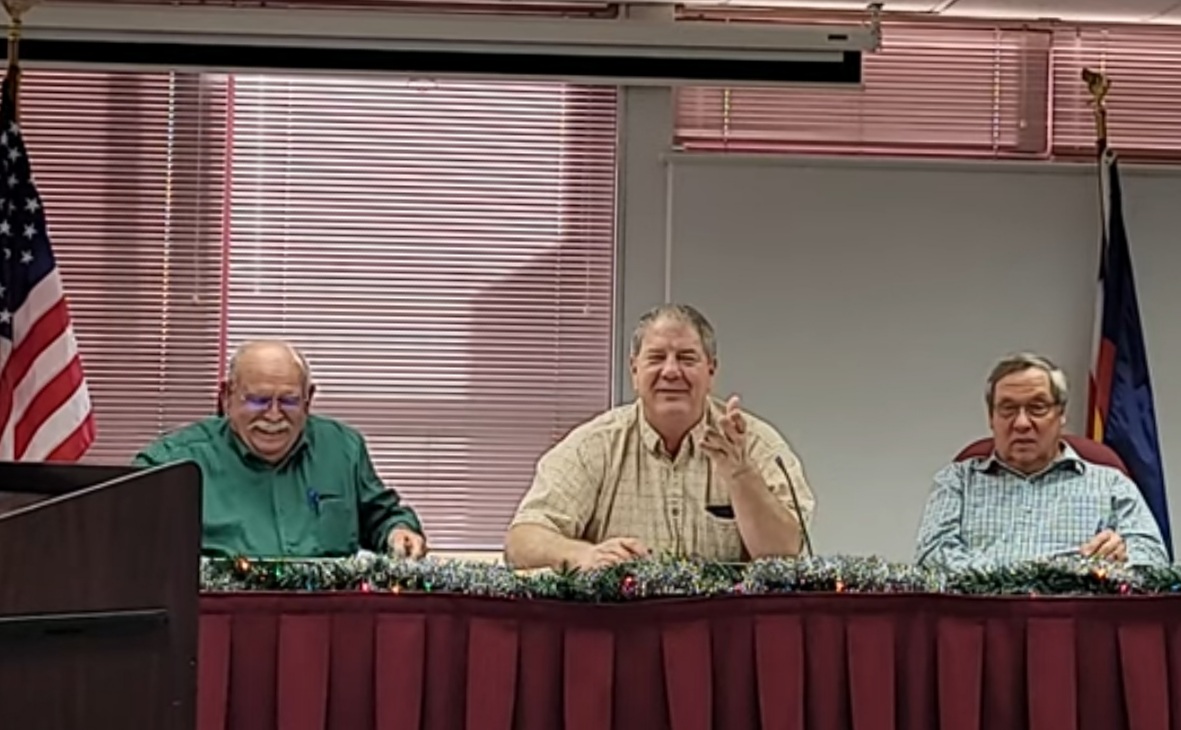 Description: Announcements were made during the Regular Public Hearing of the Otero County Commissioners on December 27, 2021.

The Otero County Commissioners gave report of their meeting attendance and activities during their regular public hearing on December 27, 2021.

Commissioner Rob Oquist said, "Over the last couple weeks I attended a few meetings. We're still headed straight forward with the opioid meetings, doing all that stuff, trying to figure it all out cause we're so new with opioids, it's really been interesting though. We had a SCCED meeting and the housing project is really moving right along. They kind of slowed down this last week because of Christmas, but they'll start up again and they'll see if they can get those homes sold so we can get them built come Spring time. It will be a good thing."

County Administrator Amy White-Tanabe mentioned that Otero County Director of Economic Development Director Danelle Berg said after the first of the year there will be a website to keep the public informed of the project's progress.

Hostetler reported that he participated in Jay's Community Christmas Dinner and that Jay's Elves served between 470 and 480 free Christmas meals.

"It was a little less than we normally do, but it was a whole different ball game this year with the drive-thru and stuff." Hostetler thanked SECO News Publisher Adrian Hart for helping promote the 2021 Jay's Community Christmas Dinner.

Otero County Commissioner Jim Baldwin said he didn't have anything to report but asked about the New Year's Eve Concert and Light Ball Drop this Friday night in La Junta.

"Perfect, how'd we work in a SECO News plug? It's actually Music at the Junction...It will be at the armory from 9 pm until 12:30 am, it's a free concert for the community with The Night Shift Band. They do Classic Rock, Country Western, and Oldies. We'll have some games and we're still adding to the event; the big draw is get your picture with the 2022 Light Ball," Hart said.

Oquist asked if the band was local. Hart replied that the are out of Ordway.

Otero County Administrator Amy White-Tanabe announced that the Otero County Offices and the Landfill will be closed on December 31st and on January 3rd in celebration of the New Year's Holiday.

White-Tanabe said, "We're gearing up for a good year."

"Okay, good deal, I hope it's better than the last one," Baldwin said. Oquist and Hostetler agreed. Baldwin adjourned the meeting.